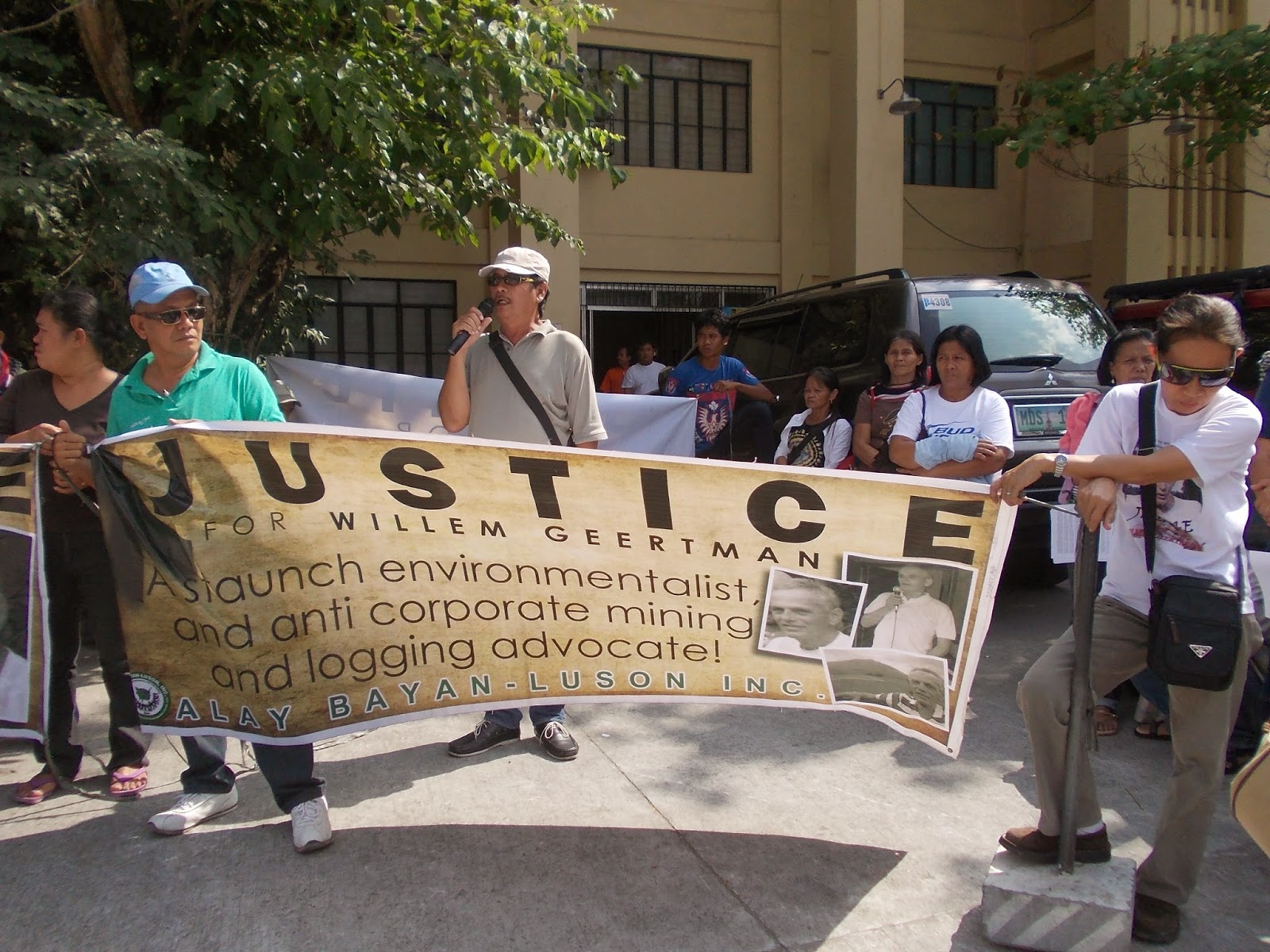 CITY OF SAN FERNANDO - Supporters of slain Dutch environmentalist Willem Geertman who was shot dead here 20 months ago, marked his 67th birthday yesterday with “a slight relief” after the court ruled last March 14 that his killing was premeditated murder, and not mere homicide.


Pushing for conviction and the arrest of other suspects, the Justice for Willem Geertman Movement held yesterday a “justice caravan” that started with a picket-dialogue at the Department of Justice in Manila to a rally at Plaza Miranda in Angeles City, a few kilometers away where Geertman was shot in the compound of his office on July 3 2012.

Last week, the Regional Trial Court here said in its ruling that the killing “was not committed by reason of or on occasion of the robbery for which reason herein respondents should be indicted for the separate crimes of murder and robbery.”

“This without doubt buttressed our assertion Wim’s death is not a common crime of robbery and the P1.2-million Alay Bayan-Luson Inc. (ABI) training funds that he had earlier withdrawn from the bank which the killers ran away with was a realized cover up of the political nature of silencing Wim of his firm advocacies,” the movement said in a statement.

It also noted that “one of the prime suspects of the crime, Marvin Marzan Nuguid has been arrested by the police authorities of Mexico, Pampanga and is in detention.” But the movement said that “it is rather sad though that Nuguid was arrested not for Wim’s death but for his alleged involvement on a series of robbery and hold ups.”

“Yet besides an assortment of handguns, munitions, and other police and military accoutrements such as bulletproof vest and binoculars caught in his possession the hand grenade effectively denies him the right to bail,” it noted.

At the time of his death Geertman was the executive director of the Pampanga- based ABI that serves disaster
preparedness programs “for the most vulnerable sectors and communities all over Central Luzon and some other communities of Pangasinan and Nueva Vizcaya.”

“We from Justice for Willem Geertman Movement (J4WGM) can breathe but a slight relief that after an agonizing 20 months following the murder of our environmental hero Wilhelmus J.J. Lutz Geertman two glints of light had sparked in an encouraging direction,” the statement added, referring to the court’s ruling and the arrest of one suspect.

The movement noted that Geertment spent 40 years in the Philippines “mainly amongst peasants, fisherfolk, rural women and indigenous people (IPs) that in the province of Aurora he considered as his adopted next of kin and who considered him as one of their own.”

“A political killing it was, as a lot of powerful parties and interests found him dangerously loud in his advocacies against corporate logging and mining and militarization in Aurora and all over the Philippines,” it added.

The movement also noted that Geertmen “went against the Aurora-Pacifi c Economic Zone or Apeco project being pushed by a big political family that will open the province’s lands, mountains and coasts to unhampered exploits of both foreign and big local investors to the detriment and even death of many of the province’s peasants, fisherfolk, rural folk and indigenous peoples.”

It also said that “despite the international dimension of the case and the P2.5-million bounty offered to those who can abet the capture of the culprits, the Aquino government the past 20 months was too pat about it as it was with the killing of Italian Fr. Pops Tentorio who like Wim tirelessly struggled against corporate logging and mining, and courageously faced police, military and paramilitary elements who are wont to commit human rights violations to secure the facilities and inventories of big foreign and local investors." 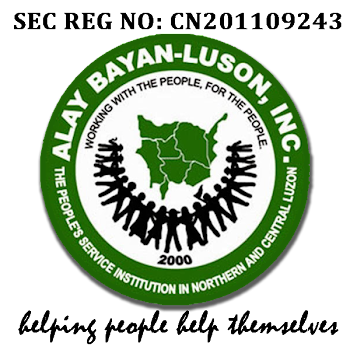 ABI envisions a free nation, charting its own future, exercising sovereignty over its territory, controlling and developing its resources for its own needs, existing as co-equal to others in the community of nations, a just and democratic society where every member has equitable access to the nation’s wealth, contributes to the production of society’s needs and benefits from the fruit of individual and collective labour; where every individual is given the opportunity to contribute to nation-building by taking active part in articulating the collective interest and in pursuing the collective will, a prosperous people striving to develop the potential of man for a full and creative life, free from hunger and disease, from poverty and deprivation, and liberated from the agony and wretchedness that accompany disasters and a country whose natural resources are nurtured to sustain life for its people.

ABI aims to assist in developing the capability of the most vulnerable sectors in society at pursuing community-based and development-oriented responses to disasters and issues.